This is my Home, This is not my Home

Island people, the horizon surrounds
Here outside is in, precariously behind God’s back
I left here twenty seven years ago
This is my home, this is not my home.

Visually the landscape on the island of Newfoundland is quite different than that of Barbados but the constant wind felt very familiar to me. Even when I was in the little residency house at 2 Rooms in Duntara on the Bonavista Peninsula, the wind would blow through the house. There  was much less separation from indoors to outdoors than takes place in the city.

One afternoon, I was over in another little town on the peninsula and was looking for a specific location. I asked a woman walking by if she knew where it was. She responded that she did not know as she had left there 27 years ago and had just returned. The story of migration and the unfamiliarity of home is also one that is so familiar in the Caribbean.

While I was there, I began writing on seaweed. When wet, it had a wonderful skin-like texture. I installed the seaweed poem in 2 Rooms Contemporary Art Projects with an ambient sound track of wind and breathing. 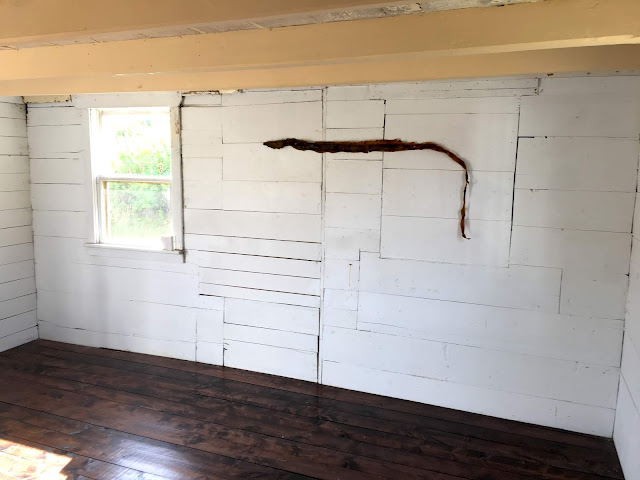 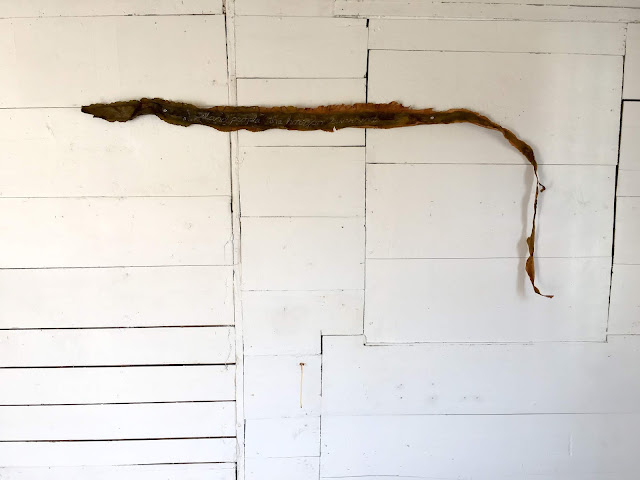 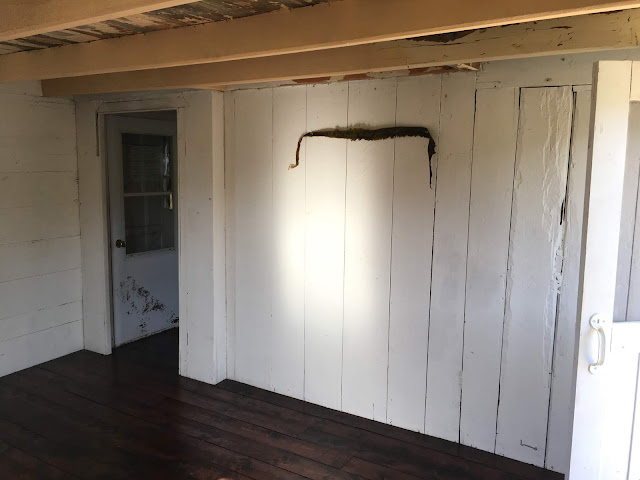 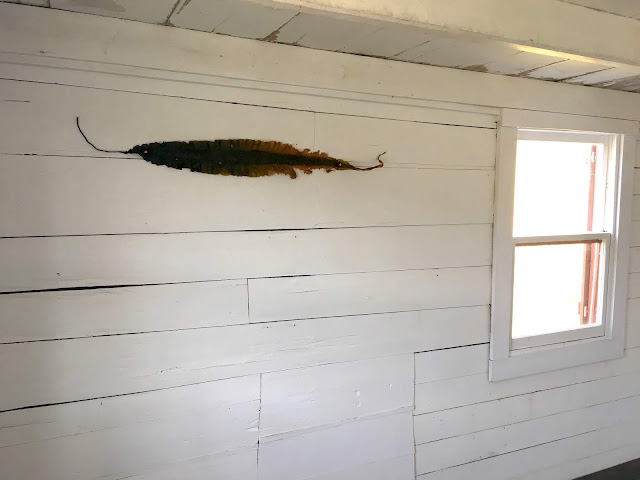 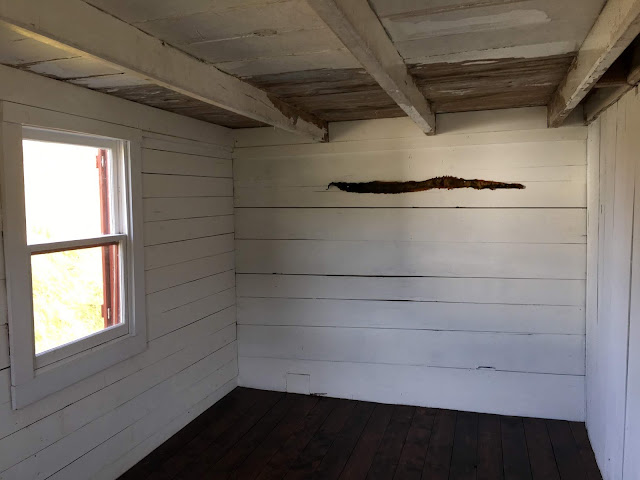 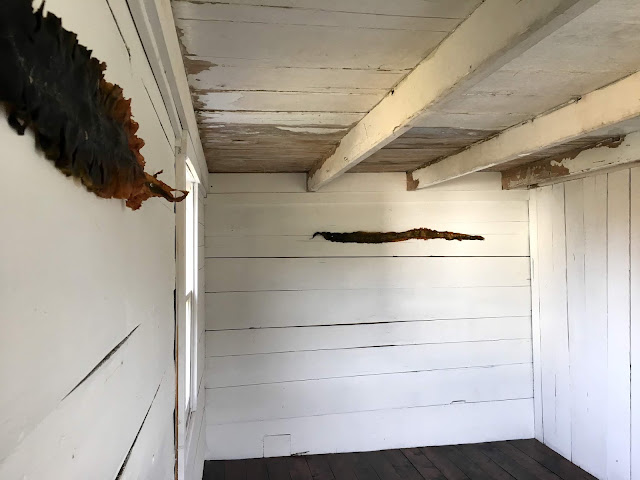 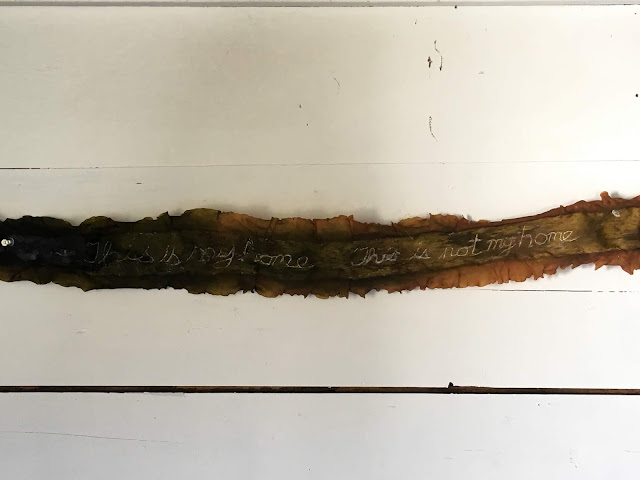